Government Transparency through Technology – not just a good idea, it’s the law! 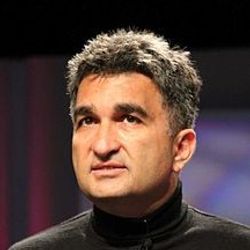 Governments run on paper. Lots and lots of paper. Bills and amendments, laws, regulations, executive orders, oversight reports, government RFPs, bids, contracts, and countless other documents. The sheer volume of documents makes it impossible for anyone to keep up or have a complete picture.

In an effort to alleviate that problem, government leaders from both sides of the political spectrum have taken steps to increase transparency and accountability by making its documents more accessible and available.

Then in 2019 Congress passed and a Republican President signed into law the OPEN Government Data Act, which codifies in law openness, machine readability, and schema-standard-compliance as the default for all public information, including any record subject to disclosure under the Freedom of Information Act (FOIA).

That sounds great on paper (pun intended) but with literally millions of new documents generated by government every year, and countless legacy records, how can this machine-readable requirement work in practice?

With respect to a very important set of documents, Cabinet-level departments are expressly required by law to publish their quadrennial strategic plans as well as their annual performance plans and reports in machine-readable format, and that is good practice for sub-cabinet-level agencies as well. However, with 15 Cabinet departments and over 300 federal agencies, the volume of such information quickly becomes overwhelming.

Docugami’s powerful Document Engineering technology can be used to automatically analyze all federal agency strategic plans and convert the information they contain into data that can be used in myriad ways. With the document information now available as data, it’s easy for anyone – for example, an executive branch official monitoring the performance of key agencies, a Congressional oversight committee, an investigative journalist, or an interested citizen – to compile reports summarizing the strategic plans and progress of agencies against their goals.

A leading advocate of open, machine-readable government is Owen Ambur, an expert on records management who served for more than 14 years as a Congressional staff member, followed by nearly 20 years in the Executive branch. During the latter part of his career, he co-founded the government-wide XML community of practice, chartered by the federal CIO Council. Subsequently, he founded and co-chaired the committee that established Strategy Markup Language (StratML) as an international standard (ISO 17469-1). Now retired from government service, he is still working actively to foster adoption and usage of the StratML standard not only by government agencies but also all organizations whose plans and reports should be matters of public record, including charities and other tax-favored entities as well as corporations with respect to their social responsibility (CSR) plans and reports.

Earlier this month, several of us from Docugami joined with Owen at the annual Balisage conference of internationally renowned document markup experts to demonstrate how Docugami’s AI-powered Document Engineering can automatically identify and present all of the key data contained in voluminous government documents, unlocking that data for a wide range of uses.

As part of the demo, we uploaded Annual Performance Reports from the Office of Personnel Management in PDF format from 2015 onward into Docugami, and generated complete semantically tagged XML, machine-readable versions of these voluminous documents. We communicated to the knowledgeable audience that this was accomplished in 60 to 90 minutes, with dramatic time-to-value, and that every federal agency could do the same, creating richly tagged and curated versions of their unstructured documents with minimal effort.

In the second part of the demo, we noted that because government agencies structure and organize their strategic plans, performance plans, and performance reports in inconsistent ways, it can be challenging to analyze activity and progress across multiple agencies. To overcome this challenge, we showed how the machine-readable Docugami XML can be used to create StratML representations of these critical documents. Now anyone looking to analyze the strategic plans and performance across multiple agencies, across multiple years, can do so in a consistent and efficient manner.

There are many more examples of how AI-powered Document Engineering can unlock the information contained in unstructured government documents for greater insights, efficiency, and transparency. We are excited to work with government leaders and other stakeholders to demonstrate the benefits of improving access to public information.

And the benefits of Document Engineering extend across every sector.

Just as Docugami can convert PDFs of unstructured government performance reports into XML and useful reports in a matter of minutes, Docugami offers the same time-to-value for any company or organization. Simply point Docugami at your unstructured documents and convert them into XML. Then use that XML to power your workflows with a couple of clicks, using all your familiar tools, including no-code workflow tools, databases or analytics tools.

Documents are data, and data drives insight, efficiency, and impact.

These Stories on Document Engineering

Document Engineering is here today – but don’t just take our word for it!

Let us know what you think

Stay up-to-date on information from Docugami.